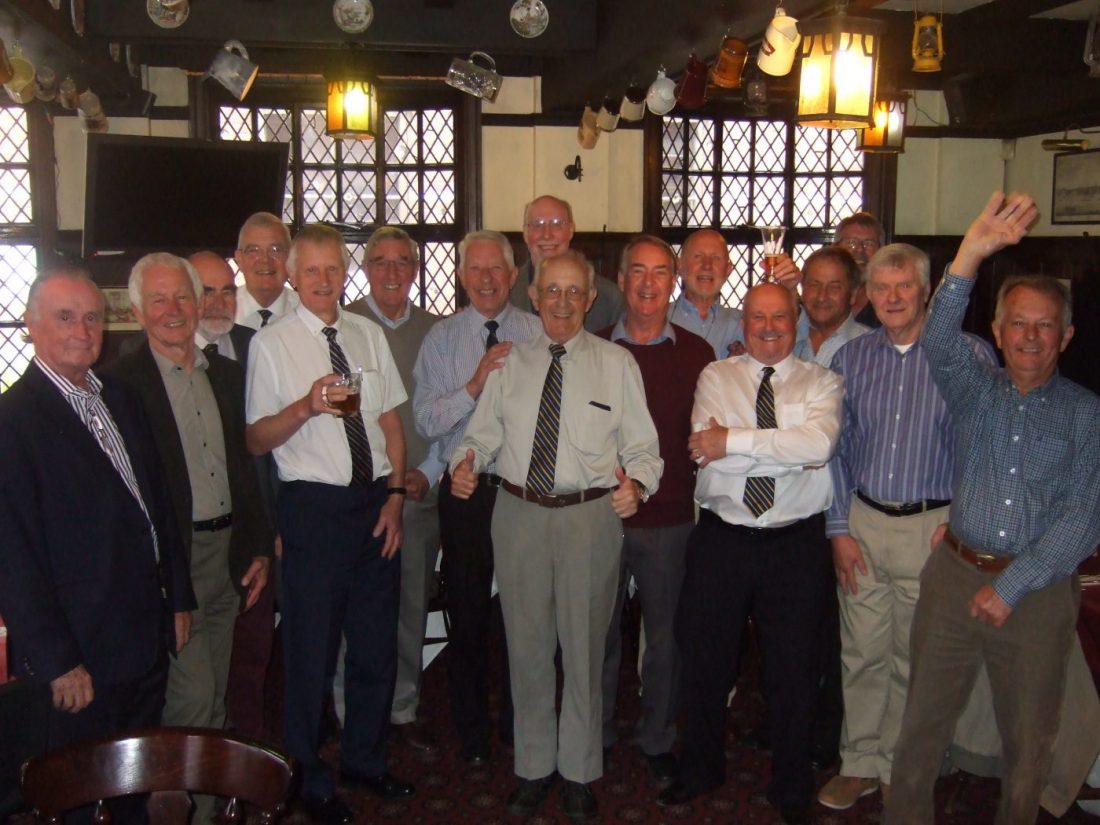 Our 9th reunion took place on Tuesday 4th October 2016 at our usual venue of The Cheshire Cheese.

Roger arrived at 5 minutes past noon to be greeted by 6 others who had beaten him to the pub! Overall numbers were down this year but, as one of the early attendees said, at least the “hardcore” are here. At 3.45 there were nine of us left – and we stayed until a little after 6 o/c so he was probably right.

Once we had got our medical updates out of the way, discussion turned to reminiscences of the past, current activities and of issues of the day. It is impossible to capture all of these, but a few of these included:

Apologies for absence were received from Tony McKeer, Mike Hiron, Geraint Pritchard and Ian Smith for medical reasons, and Tony Moffat had to take his wife to hospital. Richard Woods, Richard Phillippo and Roy Stephenson were in good health but unable to juggle their holiday arrangements!

Three from our year were known to have died since we last met – John Croker, Neil Oliver and Edward Partridge, and we also received confirmation that joey Hodson had died back in 2006.

After drinking a toast to “Absent Friends” we gave our usual rousing chorus of the School song.

Next year’s event will take place at the same venue on Tuesday 3rd October 2017.