September Lunch at The Imperial

There was a bumper turn out of 42 Old Boys for our September Lunch, accompanied by our guests, The Clerk, William Alden and Master David Allan. We had a wide range of ages in attendance from the youngest at 51 years old to the eldest at 91 years young! This time we introduced name badges for each attendee which included their school years – a great idea suggested by Stu Behn and to be adopted for future lunches. This was gratefully received by all and particularly useful to those of us that forget our own names! On arrival, lively banter took place in the Bar where discussions got excited between North London clubs – ‘will they ever get that stadium finished!’ We then sat down to an enjoyable lunch of Ham Hock Terrine for starters followed by Roast Breast of Chicken with trimmings. This was rounded off with Caramel Apple Crumble with lashings of custard (Crème Anglaise’ to those of you with well-travelled palates!) washed down with a choice of Red Bordeaux or White Rhone wines. Our President, Peter Winter then gave us an update on Association news and welcomed newcomer Nick Henshaw 1964 -1971 to our lunch. Our guest, The Master, David Allan gave an interesting talk on the Company’s achievements over the past year and its plans for the future. A welcome return by Nigel Wade was greeted after many months of recovery and we all wished him well. Then a loud rendition of the School song filled the Upper Floor and reverberated across Russell Square! A small number then retired to a local hostelry for further refreshment before the journey home. 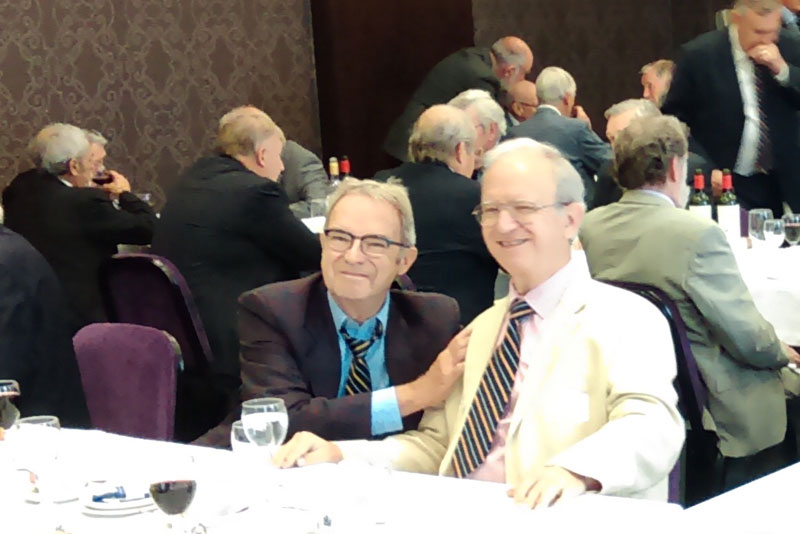 This was our last lunch at the Imperial, due to their minimum number of diners policy. Therefore, we will be moving to the Royal National Hotel, nearby where they can accommodate smaller numbers. Further details will be announced in the Magazine and on our website in due course.